The account of the construction of the vaulted roof on the bed chamber is a lesson in medieval building techniques. It was built on huge wickerwork mats which were woven in situ. The plaster which was lime and sand was mixed with coarse animal hair except for the final layer which had no hair. 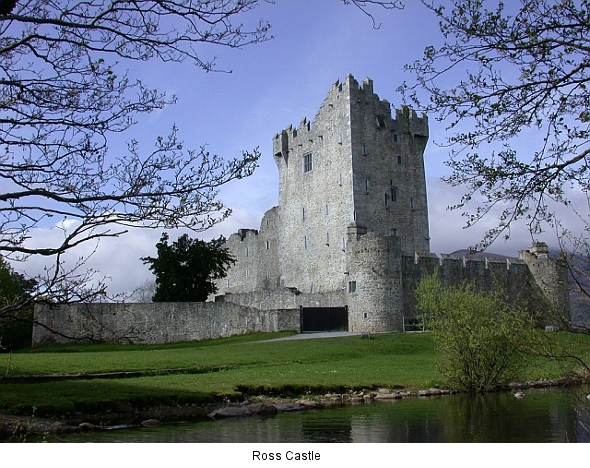 Both here and at Muckross House the guides were excellent but they will need to become fiercer towards people touching the ancient furniture especially in Ross Castle where they did not object to 16th century chests being opened. The guide mentioned that a toddler had leaped onto the 17th century bed and bedding.

As the boat trip on the lake was cancelled Gerry O'Leary took us around the fairly modern cathedral in Killarney and pointed out the local school where half the civil service in Dublin appears to have obtained their staff.

Evenings in Killarney were leisurely, good dinners followed by evening strolls, visits to the local pubs for some in search of craic and music or get together in the lounge. The energetic made full use of the pool and sauna.

After breakfast on Saturday we took off for Tralee where we had a full day planned. First to the Ashe Memorial Hall which now houses the County Museum and a reconstructed medieval Tralee when it was the seat of power of the Anglo Norman Fitzgeralds. We trundled through the ancient streets experiencing the sights sounds and smells. The museum up stairs could have kept us occupied for much longer but our itinerary called. We were bound for Blennerville, and its restored Windmill, on a steam train. 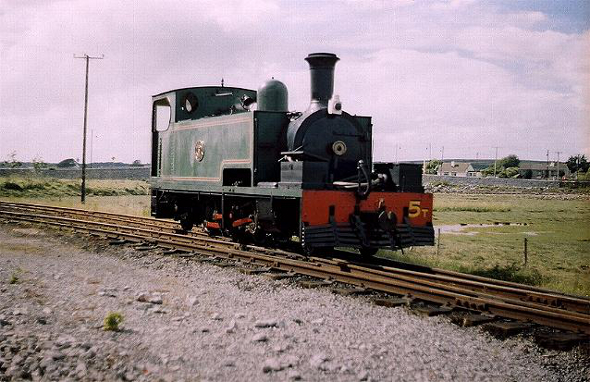 For society member Claude McFarland this was the highlight of the weekend as he has a life long interest in steam trains and is a member of the Rail Preservation Society. For him there was the honour of driving up front.

The windmill is awe inspiring and the work that has been done magnificent. It has developed talents and craftsmanship that had either gone underground or were waiting to be revived. Sadly that wind again spoiled things a bit as the sails couldn't be freed as the roof might have blown off. But a man passionately in love with what he is doing took us through all the stages of what happens when a mill is working.