On Saturday last an experimental trip was made on the portion of this line extending from Bray to Wicklow, and was eminently successful. Several of the directors and a number of their friends formed the excursion party ... 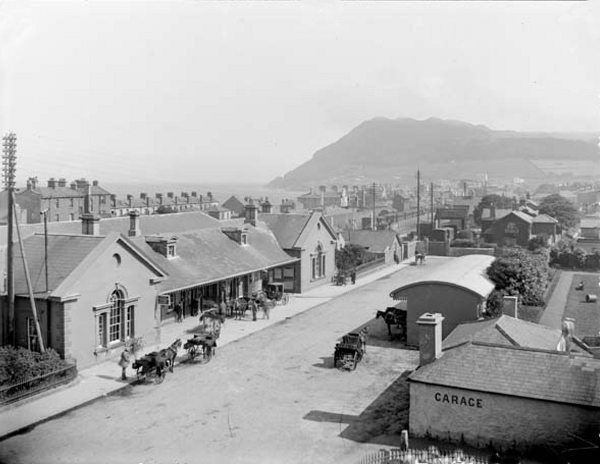 The public are familiar with the history of this railway. The line first projected was known by the name of the Dublin, Wicklow, Wexford, and Waterford Railway ... Owing to peculiar circumstances the original plan was not carried out, and the company, in 1851, procured an act for the present line to Wicklow ... They were enabled to enter into an arrangement with Mr Dargan, who has completed the undertaking with his usual enterprise, promptitude, and success. The portion of the line between Dublin and Bray, and from the latter place to Dalkey, a distance of sixteen miles, has been in operation for more than a year. The distance between Bray and Wicklow is sixteen miles, now ready for opening; and the distance of the part between Dalkey and Kingstown, two miles, has just been brought into operation. The whole will shortly be put into uninterrupted communication with the Dublin and Kingstown Railway, making a total length of forty miles brought into one system, proceeding from Westland-row and Kingstown to Dalkey, and the shores of Killiney Bay, to within a mile of Bray, where it forms a junction with the line carried direct from Dublin via Dundrum and the flanks of the Dublin mountains.

Passing the station at Bray, the line is carried round the formidable headlands, reaching an elevation of about 70 feet above the sea, along the edge of the cliffs, which rise to a great height, nearly vertical, out of the water for three miles. The coast is here deeply serrated, and the projecting formation being both rough and irregular in its outline, the railway is sometimes carried through deep cuttings, sometimes along a ledge of the rock retained by lofty walls, at other places supported on timber viaducts striding the ravines of the coast, the three leading projections of which are pierced by tunnels for a distance of 400 yards, and form marked features in the engineering of this interesting section of the company’s works; and at an elevation of 100 feet above the railway is carried a foot road, from which these singular works may be viewed with much effect.