As Robert Fraser had noted in his General view of the … County Wicklow (1801), seafaring and its dangers were a constant feature of life in the vicinity of Greystones. The introduction of a coastguard service offered some assistance to ships in danger, although on occasion, as the account of the foundering of the ‘Rival’ shows, seamen had to rely on their own ingenuity for survival. In 1872 a more effective system was introduced, with the arrival, to great acclaim, of the first lifeboat. Nevertheless, the sea continued to claim its toll of lives, and one of the most memorable tragedies occurred on 14 October 1892, when three local men, John, William and Herbert Doyle, were killed in an attempt to rescue a ship in danger. An appeal was quickly launched for assistance for their families, and their courage and the impact of their deaths on the local community were commemorated in a poem, ‘The heroes of Greystones’. 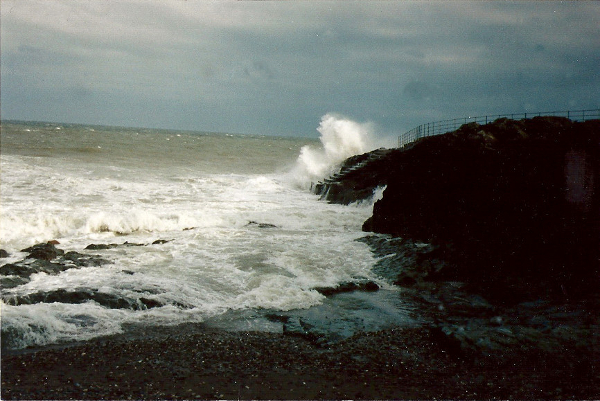