The charm of Greystones

Both Weston St John Joyce (below) and Samuel French paint an almost-idyllic picture of life in Greystones in the early years of the 20th century. Both, however, hint at darker histories: Joyce referring back to the brutalities of 1641, French looking forward to the cataclysmic war declared on a ‘cloudless’ day in August 1914.

Resuming our journey, we presently enter Greystones, some thirty years ago only an insignificant village consisting of a group of cottages around the Coastguard station, but now bidding fair to become one of the first watering-places in Ireland …

Greystones possesses an irregular frontage of nearly a mile in length, and extends inland from the sea in a south-westerly direction to within a short distance of the hamlet of Killincarrig, which it threatens to absorb, as also, in time, the more distant village of Delgany. The sea is visible for a considerable distance inland, as the ground gradually rises from the shore. There is ample accommodation for bathing, both off the rocks, and at the pretty strand immediately south of “The Grey Stones” … The houses are for the most part detached or semi-detached, instead of being built in terraces. 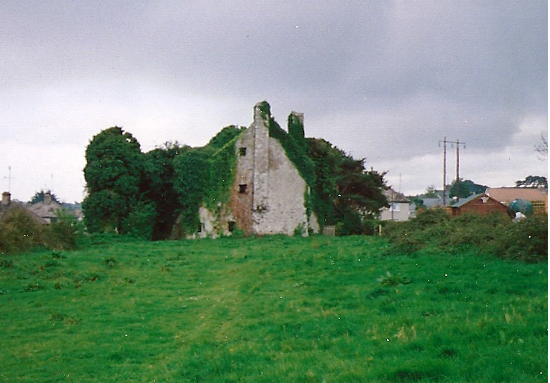 A recent picture of Killincarraig Castle

The great charm of Greystones consists in its unconventionality and the absence of the features which go to make up the typical modern watering-place, while its golf-links, its picturesque surroundings, and the pleasing combinations of rural and seaside scenery in its neighbourhood, combine to render it a most attractive and restful holiday resort.

From the top of the Killincarrig road a field-path leads by the golf-links, through a wood, to the village of Killincarrig, entering the latter beside the grim, ivy-clad ruins of an old mansion popularly known as “Killincarrig Castle”, which appears to date from about the Elizabethan period. There was a tradition current that Cromwell slept a night in it, which may have had some foundation in fact, as his troops were engaged in several skirmishes in this neighbourhood during the troubled times of 1641-2. 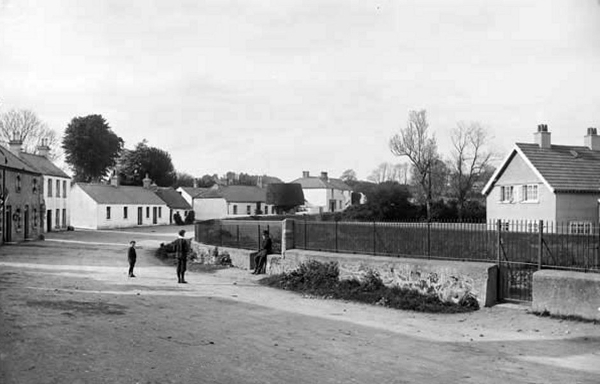 Killincarrig stands upon a considerable eminence, commanding views both of the sea and of the mountains inland, and although the village is of considerable antiquity, the old houses have nearly all disappeared, and have been replaced by dwellings of a modern type.

In 1641 some troops were quartered in a temporary barrack in this village to protect the property of residents in the neighbourhood. In connection with the sojourn of this garrison, it is recorded in Dudley Loftus’s minutes of the Courts Martial at Dublin Castle, that one Kathleen Farrell was arrested at Killincarrig as a spy, taken to Dublin, and sentenced to be hanged, which sentence, it may be presumed, was duly carried out. Another case from the same locality was that of John Bayly, a soldier, who was tried for desertion. As the penalty for this offence was usually death, there must have been some extenuating circumstances in his case, as he was merely sentenced to run the gauntlet of the soldiers stationed at Killincarrig, the soldiers armed with switches, and the culprit with his back bare and his hands tied behind him. The carrying out of this sentence probably provided a pleasant day’s amusement for the inhabitants of the village, who doubtless had anything but friendly feelings for the soldiers quartered there, and were heartily glad when the time came for their departure.