For many years, until we were quite big boys, your Uncle John and I used to go down to Greystones for a while every summer with our family … Greystones was very different when we first went to it to what it is today. The railroad that used to be in those days has now in some places been entirely washed away into the sea. The inner accommodation bridge was not even thought of in those days. There were very few houses in Greystones. There were none at all on the Burnaby Estate. Above the church along Church lane there were no houses. Along Church Road very few houses, and, of course, no road on either side of the railway between the station and the bridge, although there was a 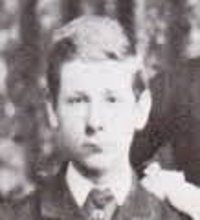 right of way in those places. The Coastguard Station was only just built or building, and between the coastguard station and the railway station, round by the sea, there were no houses of any kind. [Footnote: To be accurate I must add that when I wrote the above I had forgotten the two large houses at the east end of the Coastguard Station. They were called East House and West House.] All was fields and country, and visitors might walk where they liked. The ladder at the Gentlemen’s Bathing Place was there, but out on the promontory of rock on the north of where it is now. There was no wall round the bathing place, and no flat place cut out in the rocks. There was no police station, and no other place of worship but the church, which was much smaller than it is now. It had no wing on either side, no gallery, and no end part where the gallery now is. There were but very few houses for visitors to take. The railway station board was marked “Delgany and Greystones.” … Until the railway was made, not so very long before, Delgany, being much nearer the coach road, was of course the more important place.

To Greystones, as I have tried to describe it here, we first went to stay for a time in summer of 1875. For years each summer fulfilled all our expectations of the autumn, winter, and spring in between the visits. How we loved Greystones! Your Uncle John and I could there pick flowers and berries in the country round, or play on the shore, or sail our numerous small boats in the pools on the rocks. Sometimes he and I played at the rectangular little pool in the rocks just below and a little to the right as you look across from where St David’s now stands, but we liked better the other pool close to it on the south, into which the sea did not wash so easily. Your Uncle John used also sometimes to go with me to bathe on the south shore, but his health did not encourage very much bathing on his part. As your Uncle John grew up, we used to take longer walks sometimes together. One day I have distinct recollections of going up to the top of Little Sugar Loaf with him before sunrise, but that special morning I rather think that we did not see much on account of the fog that so often hangs over the sea at that hour … In the earlier ‘eighties, your Uncle John and I used to be very fond of going to the top of Furze Hill (the little hill just west of Greystones) in the summer evenings, and then running down full tilt a little later. The hill in those days was very much wilder than it is now, and of course had no golf course; neither had the Burnaby estate any houses in the fields below …

Your Uncle John and I stayed in various houses when we went with our family to Greystones for the annual summer visit … We stayed in 3 Bethel Terrace (the terrace otherwise known as Mattie Doyle’s cottages) our first summer in Greystones … Our second summer at Greystones we stayed at Westview 1. I think Merville and Westview 2 had not been built. Menlo had not been built either, I think. We stayed in Westview 1 several summers. We also stayed in Trafalgar House and in Menlo and in Bushfield House, and in Stanley Terrace, next door to the shop. Stanley Terrace is now known as Whitfield House 1 and 2. We often stayed in Prospect House (Glen Lodge) [as well as] Dromont and Rathdown House, in the neighbourhood of Greystones … One of the years that your Uncle John and I were at Menlo, Merville was being built. Your Uncle John and I slept in the same room. I remember, one Saturday morning early (the men in those days began work about six o’clock) hearing one of the workmen, who was working at Merville, call out to his companions, “We’ll all be blind drunk tonight.” Your Uncle John was still asleep at the time and did not hear him. Poor man, that was his highest enjoyment. Could a man like that ever do anything much in this world, or could he ever be happy in Heaven if he got there? He was, very likely, not a man belonging to Greystones. I don’t think very many of the Greystones men were like that.