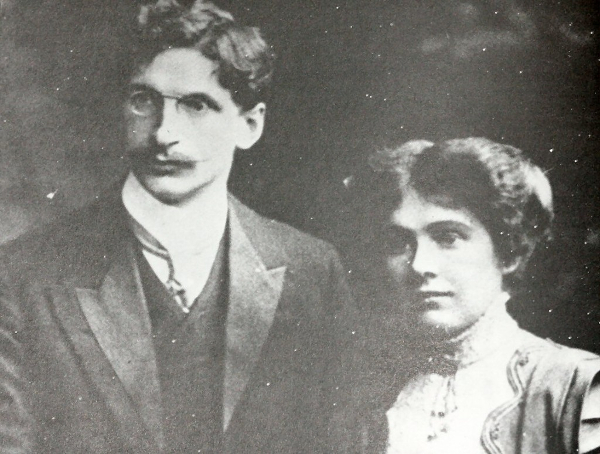 It may be of interest to record something that I was told happened in connection with the arrest of De Valera that night [17/18 May 1918] on his way home to Greystones where he then lived. De Valera travelled by train from Harcourt St. to Greystones. What I was told was that when the train stopped at Bray the driver of the engine or his assistant came to the carriage in which De Valera had taken a seat and told him that two detectives had got into the train at Dublin and that they were in a compartment a few carriages or so behind him and that they felt sure that their intention was to arrest De Valera that night in Greystones. They said that they would slow down the train coming into Greystones before they arrived at Greystones station at a certain point which they indicated to De Valera and they advised him to jump out of the carriage on the off-side and that he could easily get away, and afterwards they would put on speed. De Valera thanked them for their information but did not take any action on the advice offered. It appears that when De Valera stepped out of the carriage at Greystones the two detectives approached him and put him under arrest.