Launch of: Fred: the collected letters and speeches of Colonel Frederick Gustavus Burnaby

On the 6th November 2013 the Greystones Archaeological & Historical Society's chairperson Rosemary Raughter attended the launch, at the Oriental Club in London, of Fred: the collected letters and speeches of Colonel Frederick Gustavus Burnaby, edited by Dr John Hawkins. This is the first of two volumes which will cover Fred Burnaby’s military career, his travels in Europe and Asia, his ballooning adventures, his political involvement, his marriage to Elizabeth Hawkins-Whitshed of Killincarrick House, Greystones, and his death, at the battle of Abu Klea in 1885. 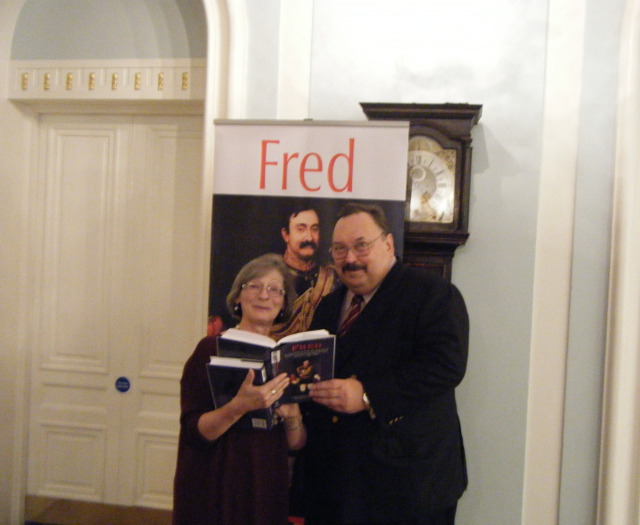 This is a hugely important publication for anybody interested in Fred Burnaby, whether as a Victorian soldier, traveller and aspiring politician, or because of his local Greystones connections. For this reason, the Society has decided to mark its own 25th anniversary by presenting a copy of Fred to Greystones Library. Details will shortly be available of the presentation, which will take place early in 2014.