Places of Worship in Greystones (continued/1)

Hillside Evangelical Church is a modern place of worship joined onto an edifice dating from the early years of the last century. Let us deal with the older and more historic building first, prefixing a few facts about the origin and history of the Brethren. The Christian Brethren were originally known as Plymouth Brethren or Darbyites, after John Nelson Darby (1800-1882), a Dublin University graduate and a barrister who took orders in the then Established Church and who served as curate of Calary, Co. Wicklow, until doubts about the scriptural nature of church establishments caused him to demit his charge.

Darby (who, I've heard, was given his second name Nelson in honour of the Great Horatio) became acquainted with Anthony Norris Groves (1795- 1853), a dentist who had also studied general surgery and who was attending Trinity College, Dublin, with a view to entering the ministry. Groves is said to have been then in the act of founding a worshipping society called 'The Brethren', whose tenets were based on the rejection of all ecclesiastical forms and denominational distinctions. He openly stated his views respecting Christians meeting together in brotherhood with no other doctrinal belief than faith in Christ. 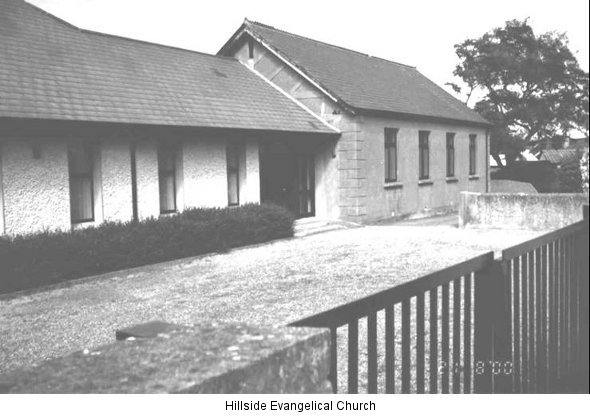 Darby joined with Grovesand others in the movement and in 1828 issued his first pamphlet, The nature and unity of the church of Christ. The publication made quite an impact, swelled the ranks of the Brethren and eventuated in the opening at Aungier Street, Dublin, in 1830 of a public 'assembly'. To promulgate the Brethren's views Darby visited Paris, Cambridge and Oxford, proceeding thence to Plymouth (where the Brethren's first meeting place was Providence Chapel): from this circumstance seems to have derived the name ''PlymouthBrethren'. The Brethren gained numerous converts, many of them of high social position; but divisions and controversy led to a separation of the 'Open' from the 'Exclusive' Brethren. The movement continues strong in several countries, including Ireland. The Christian Brethren stand for a simple, world-renouncing piety, regard the Bible as infallible, look for the speedy second coming of Christ, reject a professional ordained ministry and 'break bread' together weekly, in memory of the death of Christ. Each local 'meeting' is regarded as autonomous under the guidance of the Holy Spirit.

The Brethren were established in Greystones in 1905. Very much to the fore in that work was Charles Louis Matheson, KC, of 20 FitzwilliamSquare, Dublin, and Nirvana, Greystones. His name is perpetuated in that of the Dublin legal firm Matheson Ormsby Prentice. Matheson became recorder of Belfast and, dying there on 20 May 1921, was buried in Redford cemetery, Ennis's Lane. He was a near-relation of Cherrie Matheson*, one-time sweetheart of John Millington Synge (1871-1909), the playwright, poet and prose writer. The young people met in Greystones, where Synge spent much of his childhood and adolescence. They parted because of Synge's youthful agnosticism, Cherrie afterwards becoming Mrs Kenneth Houghton.

Other leading Greystones members of the Brethren in the first decade of last century were William Digby Evans, who owned all the farmland on the present Hillside housing estate and whose son, daughter-in-law and grandchildren still worship here; Alexander Buckley, father of A Ross Buckley, retired veterinary surgeon, and of Mrs Joan Orr; the brothers Rochfort and Edwin Doyle; Samuel Kane, whose daughter Mrs Phoebe Pollock still lives in Greystones; another Evans and two men named Watson. A small group at the outset, they built Ebenezer Hall by their own labours in 1907. It served as the Brethren's place of worship until December 1984, when the new Hillside Evangelical Church was opened. The old building, which is in good condition, is still used: there is, of course, access to it from the new church. Indeed I recall that at the funeral of Eric Barrington, an elder of this church who was highly thought of by all classes here in Greystones and further afield, the old edifice was used to accommodate the large overflow attendance. Later that afternoon it served as a tea-room, where those people who had travelled a distance to the funeral were fed and refreshed.